A takht literally means a throne or seat of authority and is a spiritual and temporal centre for Sikhs. There are five Takhts, which are five Gurudwaras that have a very special significance for the Sikh community.

Takht is a Persian word that means imperial throne. These five takhts in Sikhism are:

Akal Takht (Throne of the Timeless One) is the oldest of the takhts, and considered supreme among the five. The three takhts i.e Akal Takht, Kesgarh Sahib & Damdama Sahib are situated in Punjab state while the rest two (Sri Hazur Sahib & Sri Harmindir Sahib Patna) are located outside Punjab.

Many important decisions concerning the religious and social life of the Sikh community were made from these takhts. Each Takht has its Controller which is known by name of “JATHEDAR” & all important decisions are being conveyed through these Jathedars.

Who appoints the Jathedars of takhts?

The three takhts in Punjab are directly controlled by the SGPC (Shiromani Gurudwara Parbhandhak Committee), which appoints the Jathedars for these. The two takhts outside Punjab have their own trusts and boards. There is no fixed tenure.

What is the role of takhts?

Takhts are known to issue hukumnamas (Orders) from time to time on issues that concern the Sikh community.

Akal Takht is supreme because it is the oldest and was created by a Sikh guru himself, say Sikh historians and scholars.

Any edict or order concerning the entire community is issued only from Akal Takht.

Also, it is from Akal Takht that Sikhs found to be violating the Sikh doctrine and code of conduct are awarded religious punishment (declared tankhaiya) and even excommunicated, depending on the degree of violation and failure of adherence to directives of the highest temporal seat of Sikhs.

It is the wish of every Sikh to make a holy visit to all Takhts once in his/her lifetime. These Takhts are the pillars of Sikhism and the epicentre of Sikhi.

To know each & every detail about Sikh takhts, you can click the link to read the full article which will let you know about Location, History, How to reach, where to stay & other historical gurudwaras around the takhts. This whole information is embedded with pictures in order to make it easily understandable.

Sri Akal Takht Sahib, Golden Temple is one of five takhts (seats of power) of the Sikhs. It is located in the Darbar Sahib (Golden Temple) complex in Amritsar, Punjab, India.

It is the first Takht in Sikhism.

There are a number of historic gurudwaras around Sri Akal Takht Sahib, Amritsar which one should visit along the Main Takht. The list is as below:

Takht Sri Kesgarh Sahib is located in the Anandpur City of Ropar District in Punjab.

Guru Gobind Singh spent 25 years of his life in the city, added greatly to the city’s size and give it the new name, “City of Bliss (Anandpur).”

Takht Sri Kesgarh Sahib is the birthplace of KHALSA PANTH.

There are number of historical gurudwaras situated around Anandpur Sahib where you must visit visit to get in-depth knowledge of Sikh history events. The main gurudwars are:

Guru ji stayed at Takht Sri Damdama Sahib Bathinda for more than a year. He got completed the task of writing GURU GRANTH SAHIB from Bhai Mani Singh. That Scripture is famous by the name of “Damdami Bir” and all new scriptures of Guru Granth Sahib are copied from it.

There are a number of historic gurudwaras around Takht Sri Damdama Sahib Bathinda which you should visit along with the Main Takht Sahib. The list is as below:

Takhat Sri Sachkhand Harimandir Sahib is situated in Patna city, the capital of Bihar state in the Northern-Eastern part of India.

There are main 6 historical gurudwaras around takhat Sri Patna Sahib which you must visit. These gurudwaras are in the distance of 30 KM from the main takhat sahib. The list is as below:

Takht Sri Hazur Sahib is situated in the district Nanded of Maharashtra state in Southern India.

It is situated on the bank of the Godavari River. This is also known by the name of “Takht Sachkhand Sri Hazur Abchalnagar Sahib”.

There are a number of Historical Gurudwaras around Takht Sri Hazur Sahib Nanded which you must visit. Most of these gurudwaras are at the distance of 30 to 40 KM from Takht Sahib and some are at the farthest distance like Nanak Jhira, Bidar which is around 180 KM. Here is a detailed explanation of all these historical gurudwaras:

What to wear in Gurudwaras?

There is no special dress code for visiting gurudwaras. But it is a religious place and devotees have feelings attached to these holy shrines.

So you are advised to wear simple, sober clothes which cover your maximum body (Avoid short skirts in case of females). Moreover, you have to cover your head with any piece of cloth or handkerchief. Without head covering, you will not be allowed inside the main gurudwara premises. If by chance, you do not have any piece of cloth with you, then you can take that from the main shrine entrance point.

One another thing, you have to put off your shoes and socks in the Jora Ghar (Shoe rack room) before entering the temple.

I hope you enjoyed reading this blog about Five Takhts in Sikhism. If you have any other questions or concerns about visiting Five Takhts, please comment in the comment box. I will be glad to answer your queries.

Thank you for reading, I am always excited when one of my posts is able to provide useful information on a topic like this!

PIN IT FOR LATER READ! 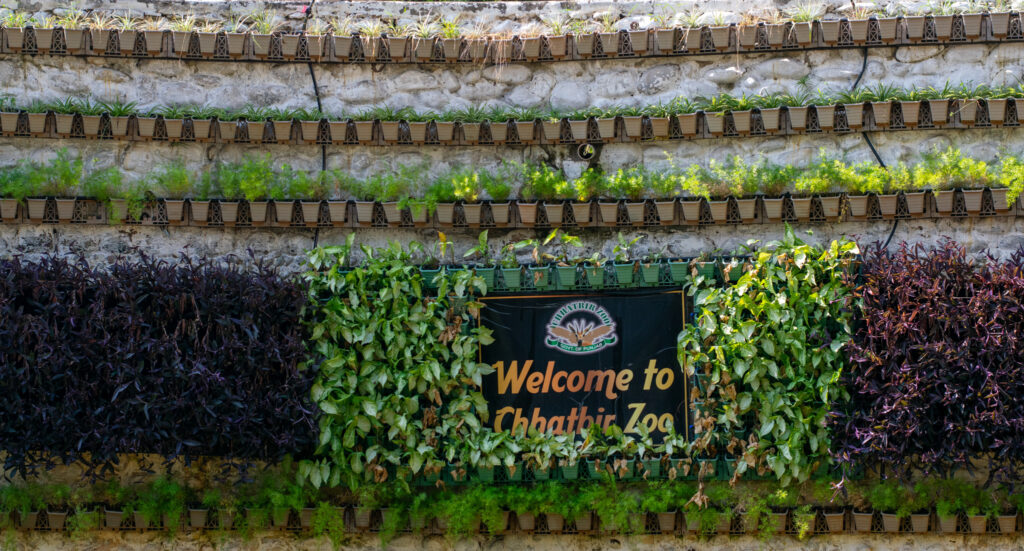 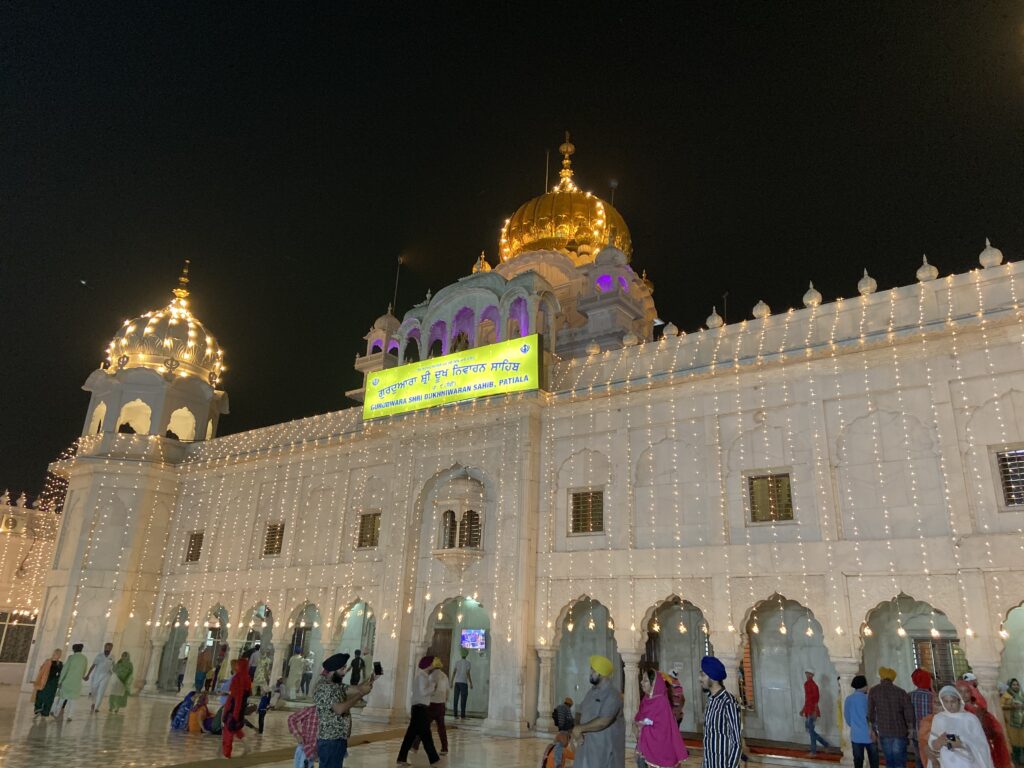 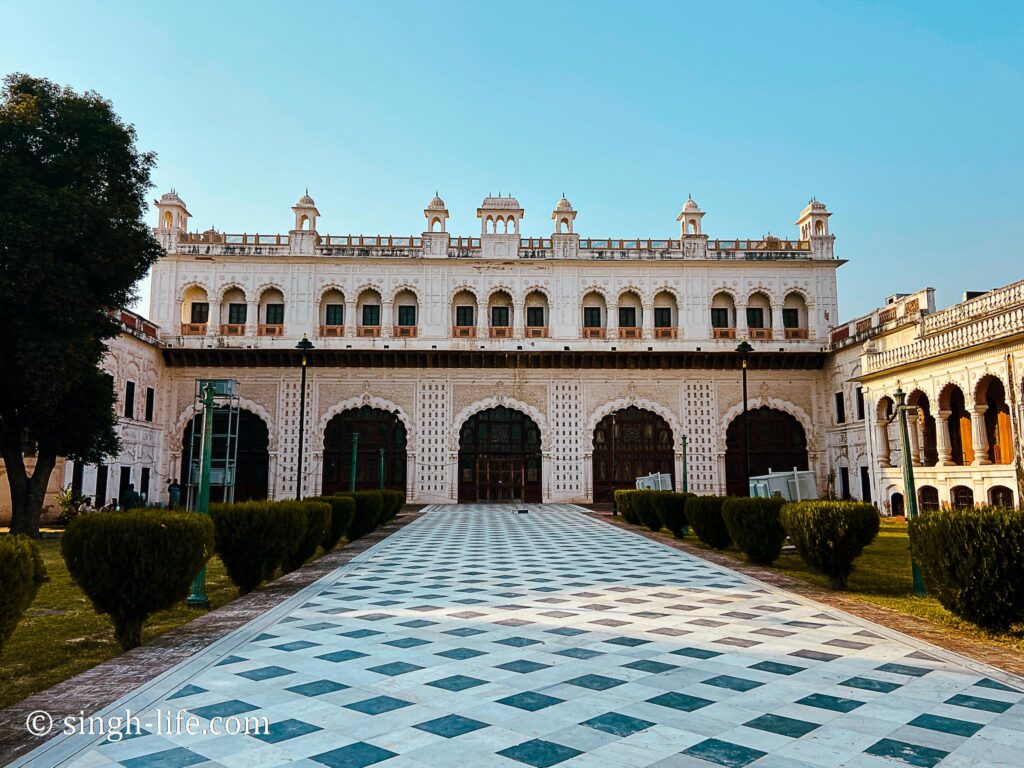